By Paul Barter May 07, 2020
Metro Manila depends on informal, lightly-regulated public transport which now faces a catastrophe as a result of this pandemic.

The Mobility Coalition, an alliance of eight Metro Manila transport advocacy groups, has ideas on what to do.

Scroll down for highlights of our conversation or listen with the player below.

Here are highlights and key points from our discussion

We discussed the current pandemic-induced crisis and the Mobility Coalition's ambitious ideas on how to rescue the situation in the Philippines' megacity.

We focused especially on their proposals to shake-up on-road public transport, which is central to the plan.

But digressions along the way will also help you understand Metro Manila and its urban transport. It is a fascinating place.

[2:24] Metro Manila and its region are under a severe version of lock-down, known as "enhanced community quarantine". Most public transport has been halted except for a tiny fleet of buses to ferry essential workers. Normally, Metro Manila has about 40,000 jeepneys (local informal-sector minibuses), 5,000 to 6,000 buses and four rail lines.

In the absence of the usual public transport, many essential workers must take long walks or turn to bicycles to reach their jobs.


But it is far from a bicycle-friendly city. Action will be needed if the recent upsurge is not to be a temporary blip.

[6:01] In normal circumstances, around 70% of motorised trips are by public transport (of which less than 10% is on the four urban rail lines) and around 30% by private motor vehicles.

Despite cars' modest role, congestion is awful. Cars dominate most road space. This fits with the idea that Metro Manila is a traffic saturated city. Traffic congestion undermines everyone's mobility but this is not yet an automobile dependent metropolis.

[7:35] The bus lanes on EDSA, the large middle ring road, are a 'prison', says Robie. They do not in fact provide any bus priority. Buses are forbidden from straying outside of those bus lanes but they are constantly hindered by other vehicles invading the bus lanes.

The EDSA bus lanes are an example of a wider pattern of neglect. In this unequal society, the transport priorities are dominated by car-owners.


[10:00] This brought us to the public transport industry and its troubles in the crisis.

Manila's jeepneys and most of the buses are under a lightly regulated model in which each business is tiny. As discussed in previous episodes, here and here, this has certain strengths but also many drawbacks.

It results in low-quality vehicles and unreliable service, with too much service on the busiest corridors at the busiest times but poor service at other times and elsewhere.  For passengers, every connection means a new fare.

It also means that the on-road public transport in Metro Manila is 100% reliant on fares, which is disastrous at the moment.

It means it will also be financially impossible for jeepneys and buses to be viable after they are allowed to run again but with safe distancing rules.

[14:49] So the Mobility Coalition is calling for a drastic shake-up of on-road public transport.

Their audacious plan would transform the business model of the whole on-road public transport industry.

Essentially, they want a rapid shift to a model in which the government contracts with consolidated operators to run bus service on key trunk routes.

We spent some time looking at several implications and options.

This would be a major change but the crisis demands bold action. Something along these lines may be essential but it won't be easy.

[By the way, Benjie de la Peña (author of the Makeshift Mobility newsletter) is thinking along the same lines. A few days ago, he suggested a plan with a similar long-term outcome but with a simpler short-term stage of simply paying jeepney operators to run their existing routes and to make them free for passengers during the crisis.]

These issues resonate with those in the previous episode about improving bus services with Colin Brader.

[24:32] We also discussed the humanitarian crisis in the public transport industry and the differences between jeepney owners who rent out their vehicles, owner-drivers, and the majority of jeepney drivers who rent their jeepney for a daily fee. 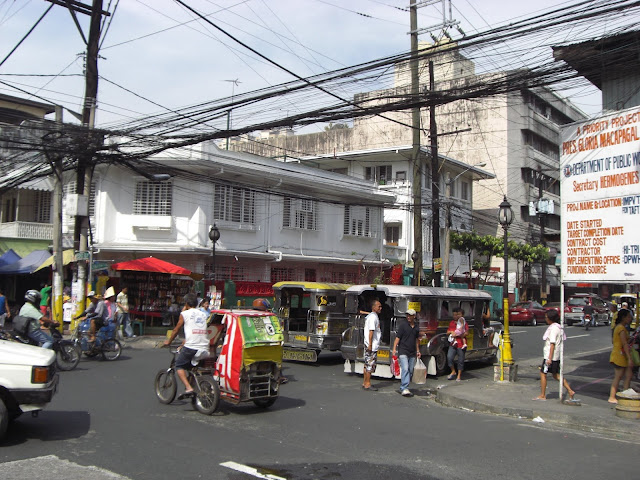 [27:27]  We finished our discussion with a short chat about the prospects for bicycles. Pop-up bicycle infrastructure is another element of the Mobility Coalition proposal.

According to Robie, the market for bicycles in the Philippines has grown quickly in the crisis.

He is confident that the authorities can be persuaded to act. With public transport functioning way below usual capacity, promoting bicycle use offers a path forward. The alternative is traffic disaster.

Robie sees local level decision-makers in the municipalities that make up Metro Manila as the hope here. 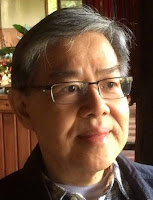 Robert Y. Siy is a sustainable mobility advocate in Metro Manila and a writes a weekly column, Mobility Matters, for the Manila Times.

He is also active in the Mobility Coalition advocacy network of transport planning professionals and commuter welfare advocates.

Between 2013 and 2017 Robie was an advisor at the Philippines Department of Transportation. Before that he spent 24 years with the Asian Development Bank

He holds a PhD in City and Regional Planning from Cornell University.

This post was prepared with the help of a transcript created by https://otter.ai