Multimodal urban transport: Todd Litman explains how and why

By Paul Barter July 23, 2018
I interviewed the energetic Todd Litman, founder and Executive Director of the Victoria Transport Policy Institute (VTPI). I am a great admirer of his work, most of which he generously shares on the VTPI website.


Scroll down to read a summary (including links to relevant articles and reports by Todd). Or listen to the interview (Episode 3 of the Reinventing Transport podcast) with this player. If you can't see the player, click HERE to listen. If you like podcasts, please do subscribe using your favorite podcast app.

The conversation covered these main topics (more details are below but the audio interview provides an even deeper dive into these issues): 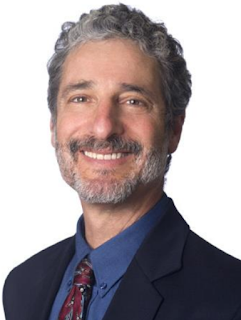 Multimodal planning (pdf) aims to redress a systematic bias in current transport planning, particularly in North America, in favor car-based transportation over other modes, that are more resource-efficient, more affordable, healthier and safer.

Examples from Todd:
Todd is enthusiastic about better ways of measuring transport, such as multimodal level-of-service indicator systems. In the past, cars facing LOS C on a stretch of roadway might prompt road expansion. But if,  on the same roadway, walking has LOS D and bicycling LOS E, it is easier to see that improving walking and cycling conditions might be a higher priority.

We discussed Todd's insistence that transport planning should consider all costs and benefits in a comprehensive way (pdf).


Todd argues that conventional evaluation of, say, which is cheaper, building and operating a train line versus expanding a highway, tends to miss important issues.

It is not only external costs like pollution that are often missed. Various private costs are also neglected, such as the costs of owning and using cars and of providing parking. These are simply assumed as a given, so the potential to reduce or avoid them is often ignored.

This comprehensive view also helps Todd make the point that traffic congestion is almost always exaggerated as a problem (for example by the annual Texas Transportation Institute s' Urban Mobility Report, which he critiques regularly):
Todd emphasizes that he is not saying roadways should never be expanded. But in many many
cases we are being misled by erroneous evaluations. There are often much more cost-effective solutions that are better for everyone.


Is a multi-modal urban transport vision only for downtowns and urban core areas? What about other places? [24:32]

Is multimodal transport planning relevant even for people who are currently happy living a car-dependent life? What's in it for them?

Todd is adamant that car-dependent residents of suburban and rural areas have every reason to
support more multimodal planning and more comprehensive analysis. He offers several examples:


Can you point to a relatively car-dependent city that is turning things around? [32:14]

Todd points to Seattle as a somewhat surprising leader.

Seattle has invested in rail transit but, equally importantly, it has made numerous incremental improvements to the bus system, to the point that bus travel is often attractive to middle-income people. This is quite a breakthrough for North American cities. As a result, total transit ridership has increased significantly in the last decade.

Traffic accident rates have declined too. Todd sees this as a validation of his research on safety, which argues that safety benefits enormously from improving travel options and reducing dependence on cars, particularly for the high-risk travelers.


If you liked this

Please do share this article and episode with any of your friends or colleagues who could benefit.

Consider becoming a Patreon patron of my efforts here.
Become a Patron!