Parking slots are like toilets (according to conventional parking planning)

Planning systems treat parking and toilets in very similar ways and for similar reasons (such as to deter people from 'doing it in the streets'). Is this just a funny observation? I guess it is quite funny but I also have a serious point.

Planning toilets like we plan for fire-escapes, elevators and plumbing does work quite well (mostly). However, planning for parking like we plan for toilets is problematic. Below, I list ways that conventional planning does in fact treat parking and toilets the same. Then I highlight key differences which make planning parking like toilets seem like a very bad idea.

First, a list of how parking and toilets are (conventionally) planned in very similar ways:


BUT the analogy breaks down. Parking differs from toilets in crucial ways (besides the obvious!). 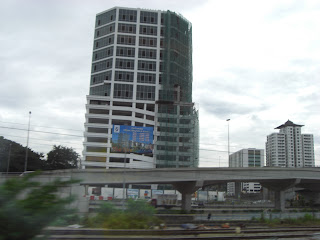 These differences highlight problems with conventional parking policy. It is probably NOT such a great idea to plan parking like we plan toilets.

Does this analogy work for you? Does it help you think about parking policy? Can you help me to improve these lists? Are some of the points weaker than others? Have I missed any?


*  Some background: I have been developing this analogy in recent months and included it in several talks about my parking research (first in Ahmedabad, then in Singapore and recently in Manila). A few audience members in Manila said, "I want to use that!". That response has prompted me to get down to posting it here.

I have been blunt in this post and mostly said 'toilets' rather than use euphemisms like restrooms, bathrooms, WCs, etc.