Is park-and-ride a bad idea? 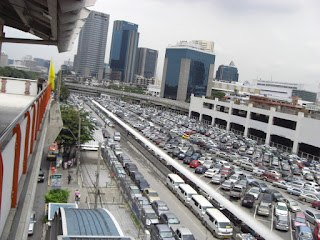 Park-and-ride facility at Chatuchak, Bangkok
(This one is free-of-charge. And notice the institutionalised double-parking arrangement?)

The idea that car parking should be provided at mass transit stations has taken root in Asia.

The team that helped me investigate parking policy in Asian cities found active park-and-ride programs in Bangkok, Beijing, Guangzhou, Hong Kong, Kuala Lumpur, Seoul, Singapore and Taipei. Park-and-ride facilities have been debated in Ahmedabad and Jakarta for their BRT systems. Delhi wasn't in our study but park-and-ride at Delhi Metro stations has been a hot topic there too.

Interestingly, we found no government-sponsored park-and-ride in the Tokyo region, although there are private parking lots used in this way (without public subsidy) in the outer reaches of the metropolitan area.

I doubt the wisdom of building park-and-ride in dense parts of Asia's cities.

That statement may shock some readers. Park-and-ride seems to have a halo of virtue and is rarely questioned. After all, doesn't it entice motorists onto public transport who might otherwise drive into congested city cores?

But ask yourself, is this the most cost-effective way to get people into public transport?

Is parking really the best use of space near high-capacity, high-frequency mass transit systems being built in these cities? Is this the best use of precious public funds? 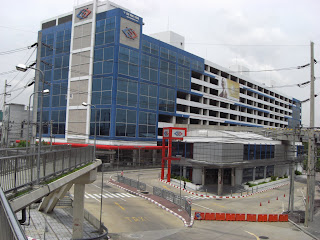 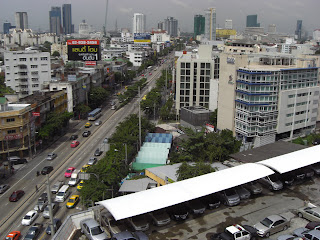 Proposals for park-and-ride facilities in dense urban contexts should be subject to more scrutiny. In many Asian cities park-and-ride is widely assumed to be a good thing almost by definition. This is a mistake.

The opportunity cost of space near mass transit stations is high. In dense Asian cities it is especially high.

In such contexts it is easy to think of strategies that are almost certainly more effective, less costly and more space-efficient than car parking for commuters:
So there you have it. I am wary of park-and-ride. I think Asia's planners should be sceptical too.

However, I can think of one kind of high-density neighbourhood which might be suitable for automobile park-and-ride.