It's not BRT if it's not on the map 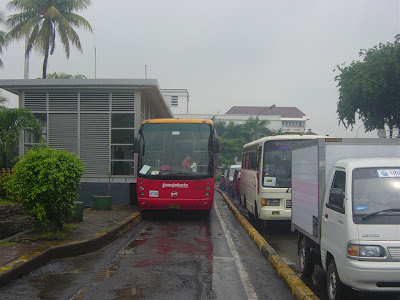 Bus improvements of many kinds are being called BRT. This is muddying debate over BRT in many places. Bogota clearly has superb BRT. More and more cities do. But is Delhi's 'first BRT corridor' really BRT? Are Taipei's median bus priority lanes BRT? How about Jakarta's busways?

Walter Hook of ITDP has an interesting answer: It's not BRT if it's not on the map!

Here is the relevant quote from an interview with Walter on Streetsblog NYC:

A rule of thumb should be whether or not a map company would include the BRT system in a map of New York City. If it doesn't appear on any map other than as a standard bus route, then it has failed to enter the public consciousness as something above and beyond normal bus services.

I knew TransJakarta had succeeded when I bought a 2007 tourist map and it included a map of TransJakarta and its stations. The Orange Line in LA is on the ‘Mass Transit Map’ which includes the subway and light rail lines, and it's packed, so I think it's a success.

When I went to Taipei and asked about the BRT system, nobody knew what I was talking about. It wasn't on any map. That is a sign that it has failed. In reality, Taipei only has dedicated lanes for buses, and continues to inefficiently operate the same tired old buses on them. It really cannot be called BRT.

Is this a useful addition to the search for clearer definitions and terminology for BRT? See also Dario Hidalgo's efforts at the City Fix. He suggests the term, "Quickways" for high-end BRT systems.