By Paul Barter September 17, 2008
Vienna has been a pioneer of 'livable streets' policies since the early 1970s.

In July, I was lucky enough to visit Austria for a conference (where I presented a paper on 'car possession'). So here are some photos from my explorations of Vienna's public transport, bicycle facilities and pedestrian environment.

Hover mouse near top of slideshow to control speed or pause.

Click on an image if you want more information about it.

Update and addendum: The following quote from the indomitable Prof. Hermann Knoflacher might help you appreciate the photos:

In the early seventies a new transport plan for the city centre was developed (Knoflacher 1970) converting most of the streets in the city centre into pedestrian areas. This was realized in 1972 and since then the city centre of Vienna became an attraction for the region and for the country; it has become a global attraction and a global heritage. Two-thirds of the people coming into the city centre use the public transport, or come as pedestrians and cyclists. Since Vienna had no cycling tradition it had to be developed from scratch. Due to sound scientific research the city established a cycling department which built more than 800 kilometres of cycle tracks during the last twenty years. Today Vienna is one of the most famous cycling cities. Cycling brings money into a city, it makes the city attractive, it gives people health and is an excellent, cheap urban mode of transport. 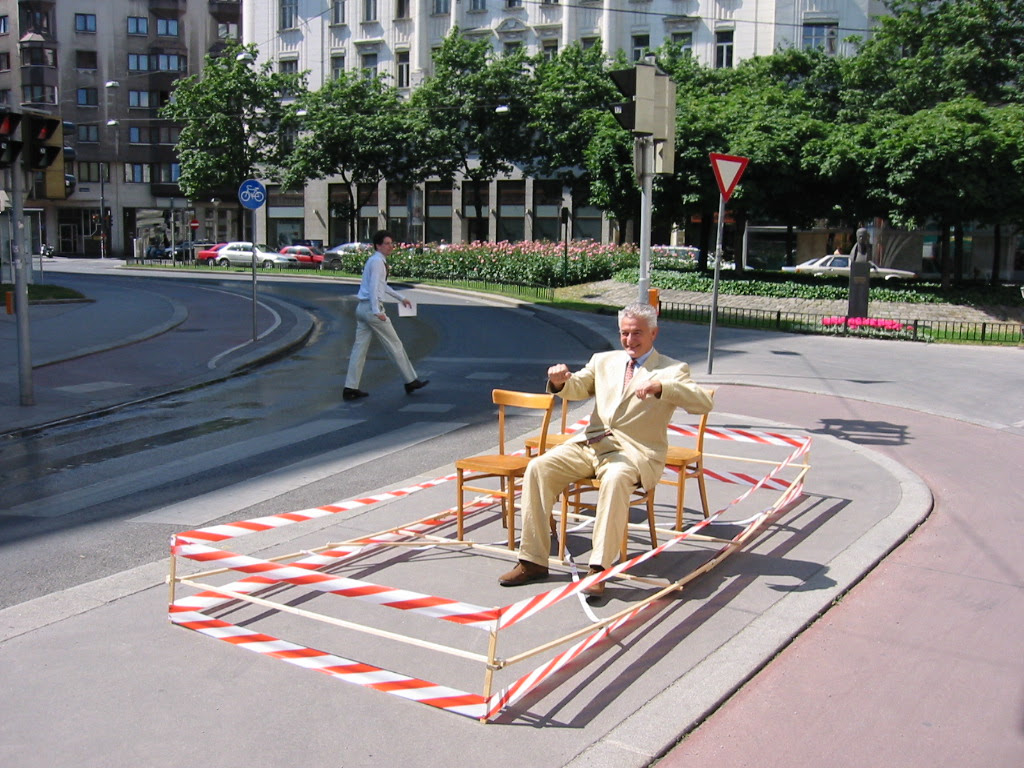 Prof. Knoflacher with his famous gehzeug (or 'walkmobile') which he uses to illustrate the space consumption of cars, even parked ones. Photo uploaded by Muhwiki at Wikimedia Commons.