"Metered Access" to Cars - could this become the norm?

By Paul Barter April 29, 2008
Imagine a future where most of us have easy access to cars whenever we want but few people have a car of their own. Does that sound horrifying or wonderful to you? 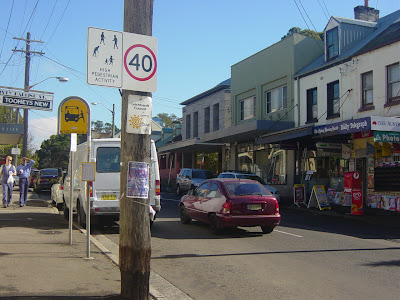 Chris Bradshaw is an imaginative thinker about urban transport. A retired planner form Ottawa in Canada, he has long been an advocate for pedestrian rights. More recently, he has made car-sharing a passion.

Bradshaw's vision for the role of carsharing is ambitious and striking. He envisages a future in which having a car of your own becomes the exception. The normal way to get access to a car would be through what he calls MASC, or 'metered access to shared cars'.

This would make car-sharing, taxis and car-rental much more central to urban transport policy making than they are now. [Note: Carsharing enterprises are sometimes called car-clubs or car co-ops but don't confuse carsharing with ride-sharing or car-pooling.]

He explains his ideas in a paper entitled, 'How Carsharing Can Reduce the ''Drive to Drive'' and Improve Walkability', which he presented at the Walk21 conference in Toronto last year.

Bradshaw doesn't exactly tell us how to get there from here (although he has some suggestions). But the benefits he paints of the MASC approach are intriguing. He contrasts it with our current One-Person, One-Car Orientation (OPOCO).

Here is part of his summary:

Since society provides shared rights-of-way but leaves car-access up to the individual, we have created a feast-or-famine proposition in which there are too many cars, the cars are poorly utilized, and they are much larger than the vast majority of trips require.

In the last 15 years carsharing has joined taxis, car-rental, and ridesharing as ways to share cars: together I call them Metered Access to Shared Cars (MASC). They jointly represent a way to not only greatly reduce peak demands for both roads and parking lots – which increases sprawl – but to make the way cars are driven more pedestrian-friendly.

a) shifting costs from fixed to variable, eliminating car-owners’ efforts to do extra driving to amortize $6000-12,000/year invariable costs, while making the whole cost of each trip more readily apparent;

b) having shared cars everywhere people need to be so they don’t have to take a car around everywhere just to have one available if the need arises; and

c) increasing the “fuss” of car access by requiring a short walk and some planning. MASC also reduces the amount of car – weight, power, rigidness of its shell – used for each trip by making the vehicle choice a trip-by-trip decision, rather once-every-five-year decision.

It is striking that this perspective does not see cars themselves as the problem. Instead, it focuses attention on the problems created when our main way to get access to a car is by having one of our own. This view might seem anathema if you see car ownership as a right. It might seem heretical if you see cars as inherently evil.

Bradshaw is not the first to paint such a vision. I have seen similar ideas from John Adams, Hartmut Topp and Rolf Monheim. But this seems to me the clearest and most persuasive vision so far for turning cars into a service not a possession, and solving many urban transport problems in the process.

It certainly makes me wonder.

Would it really work as described? In what circumstances can you imagine it being adopted as policy in any real urban area? Is there a feasible and plausible pathway towards this vision? Are these ideas relevant to rapidly motorizing Asian or Latin American cities? Are they relevant to highly motorized western cities?